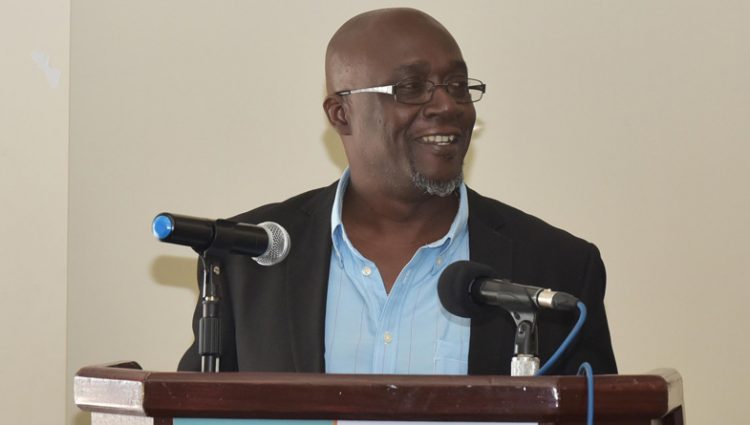 Wednesday 21st December, 2016 (Basseterre, St. Kitts) – NHC hosted its first Staff Appreciation Luncheon and Awards Ceremony in honor of its dedicated team, as well as, in celebration of its 20th Anniversary. The Ceremony started at 11am with the welcome remarks followed by the invocation. During the Awards distribution segment, all 40 employees were given an appreciation certificate, fourteen employees were awarded for 20 Years of Service to the Corporation, six received the Most Efficient Employee Awards, five managers received the Manager’s Award for successfully managing their respect departments, and the present Chairman of the NHC Board, Mr. Valentine Lindsay, along with five past Chairmen were also recognized for their service and tenure as Chairmen.

During this brief but significant ceremony, the first NHC website, www.nhc.kn was launched, which forms part of NHC’s rebranding process and customer oriented programme. The Guest Speaker, Mr. Denzil Crooke, gave words of affirmation to the staff. Mr. Crooke spoke about commitment, passion and camaraderie for the success of the company and self development.

The Hon. Eugene Hamilton, in his Featured Address, spoke of the importance of NHC to the communities and St. Kitts at large. He also spoke about another set of houses to be constructed in the New Year. “The team at the NHC is currently planning on providing an additional 300 affordable housing at various locations throughout St Kitts over the next twenty-four (24) months. I would encourage persons who desire the assistance of the NHC to visit the corporation and complete the requisite application forms or apply online so that they can be considered for approval. The future looks bright; let’s go make a difference in the lives of our people by Raising Standards,” said the Hon Eugene Hamilton. NHC wish to thank its partners TDC, SL Horsfords, OTI and Builders Paradise for offering the prizes that were given.