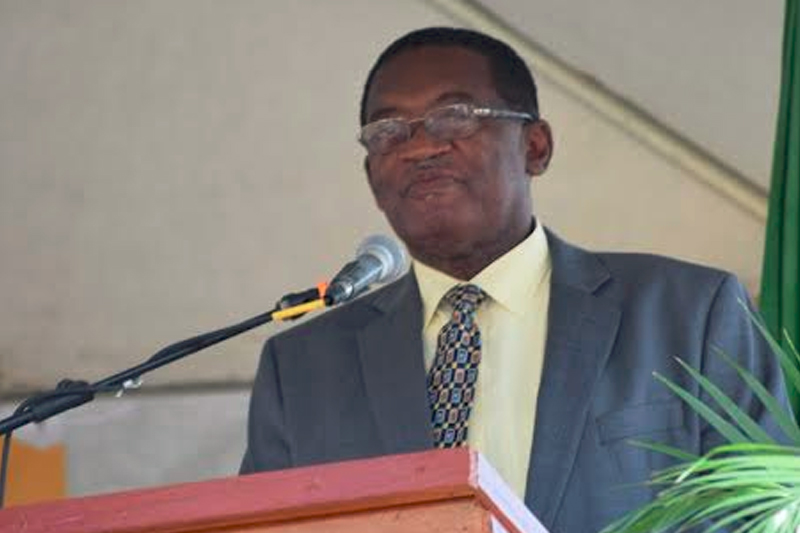 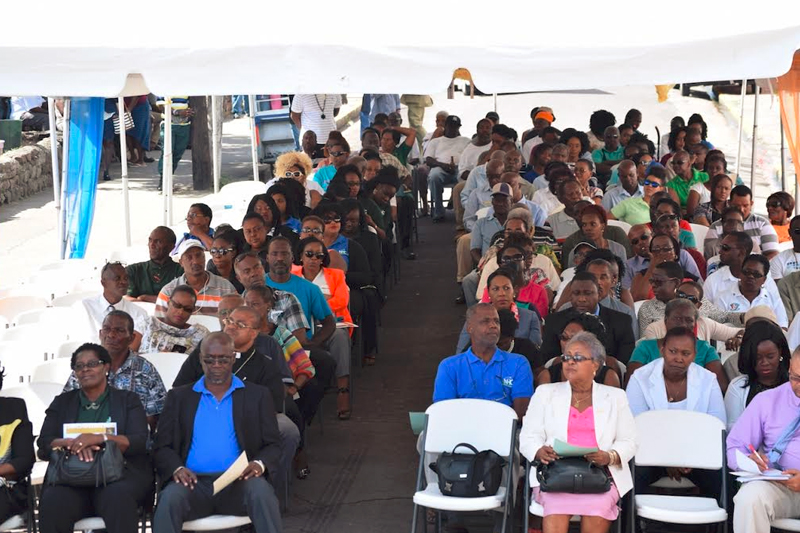 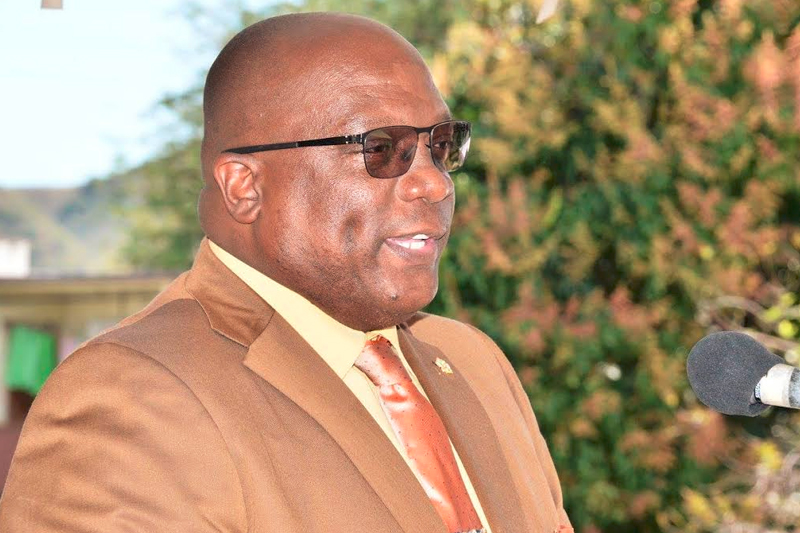 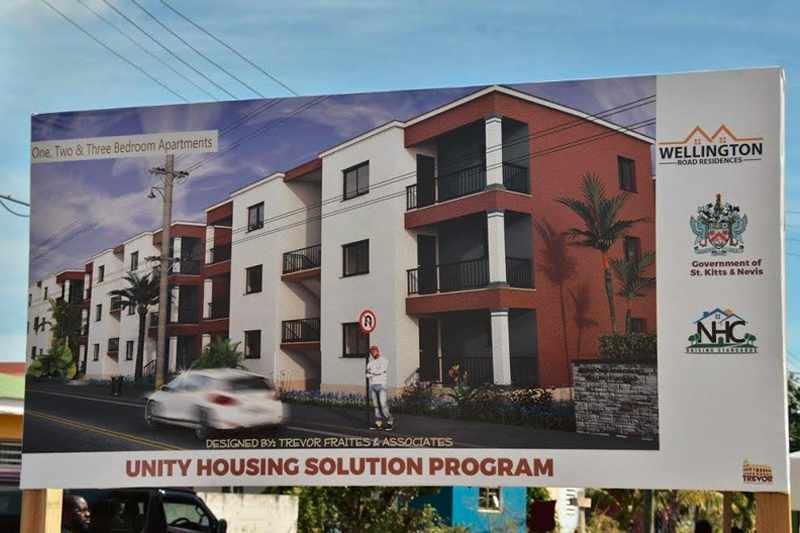 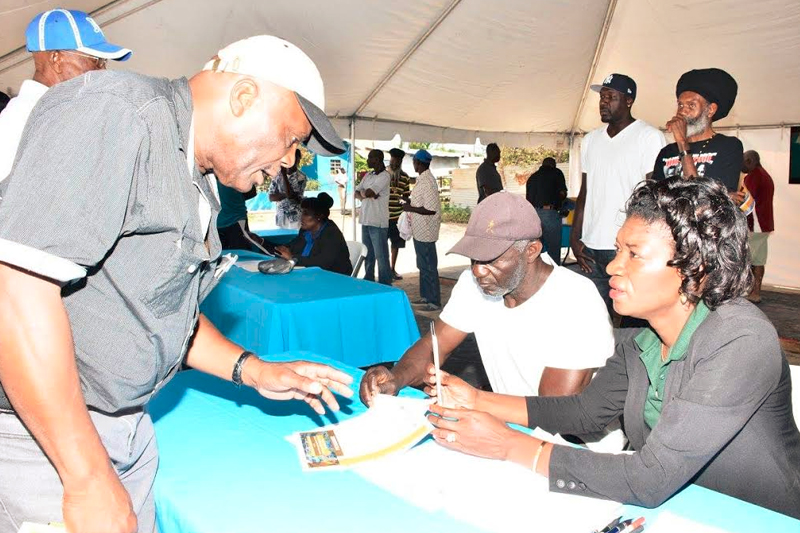 The Unity Housing Solutions Program will see the National Housing Corporation (NHC) supervise the construction of 300 affordable homes throughout St. Kitts for the benefit of people with small to modest incomes. These homes will have bigger bedrooms and bathrooms, and will carry small monthly payments (based on a 2% to 5% interest rate, depending on household income).

The Honourable Eugene Hamilton, Minister of Human Settlements, Community Development, Land and Cooperatives et al., said during this morning’s launch ceremony on Wellington Road that, “My Ministry proposed to Cabinet, and Cabinet responded by supporting the procurement of a loan from Social Security to construct 300 Housing Solutions.”

It was on Thursday, September 8th, 2016 during a Discussions for Prosperity town hall meeting at the McKnight Community Centre that Premier of Nevis the Honourable Vance Amory, who is Minister of Society Security et al., announced the details of the housing loan to the public.

That night, Premier Amory said that the St. Christopher and Nevis Social Security Board had recently approved a $50 million loan to the Federal Government for housing development in St. Kitts via the National Housing Corporation (NHC). The Senior Minister in the Government of National Unity further stated that Social Security also approved a $10 million loan to the Nevis Island Administration for housing development in Nevis via the Nevis Housing & Land Development Corporation.

Speaking about the NHC program at this morning’s launch, Minister Hamilton said that, “This is an important undertaking…and it is one of the important pillars of our Team Unity Government’s agenda. The project will be executed by NHC, and preparations have been made for the successful completion of the project within budget.”

To this end, the Honourable Eugene Hamilton said that, “We recruited a qualified project consultant. His name is Mr. Warren Thompson [who is a civil engineer, as well as a quantity surveyor]…Mr. Thompson has a track record, which includes work on projects funded by the Caribbean Development Bank (CDB), and his work has been satisfactory to the CDB. Over the past 10 months or so, his expertise has been used to identify weaknesses in the organization [NHC] and to make recommendations to the Board, to improve efficiency in delivering projects undertaken within budget.”

Mr. Warren Thompson has reported to the current NHC Board that significant losses had been incurred on previous NHC projects. However, Minister Hamilton announced today that Mr. Thompson has indicated to the NHC that, “He has been able to reduce the cost of the houses [to be built under the Unity Housing Solutions Program].”

The Honourable Eugene Hamilton continued: “As a result of that…contractors who were normally contracted with NHC for a sum of $35,000.00 will get an increase in this project from $35,000.00 to $42,000.00 in the first instance, and an additional $3,000.00 would be made available if the gradient requires that they get additional resources. So a contractor in this project could be contracted up to $45,000.00.”

*The toilet and face basin will be placed in an additional space that falls outside of the 5X9 measurement. Mr. Warren Thompson provided the above comparative information.

“Quality is important, and we want to minimize complaints coming after the handing-over of our Housing Solutions,” Prime Minister Dr. the Honourable Timothy Harris said this morning during the launch.

“We ask the contractors to be careful and tidy. Let your work recommend you for another job. Take the standards seriously…We want a high standard and we want a fresh start in the delivery of quality to the beneficiaries of our program. So we make an appeal to the contractors – it is not just money, money, money; it is quality, quality, quality,” the Honourable Prime Minister added, further noting that he is pleased to hear that the NHC now has a procurement department, “to ensure increased efficiency and transparency.”

Staff of the Week: Shirley Burnham