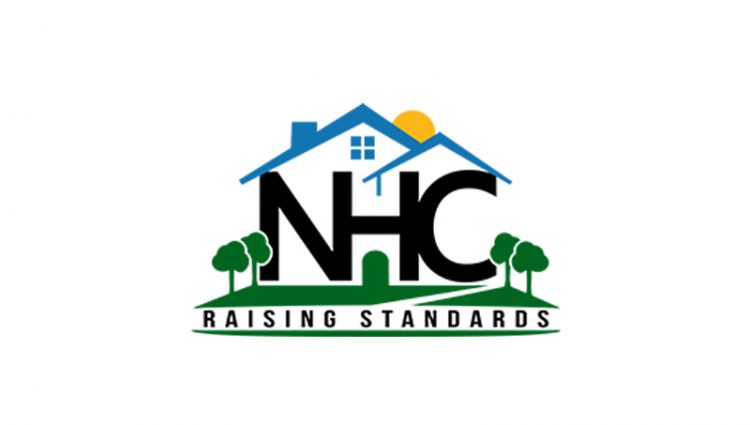 BASSETERRE, ST. KITTS, November 30th, 2020 — On Monday 30th November, the Board of the National Housing Corporation was rotated, which saw the retiring of four (4) of its eight (8) Directors.

Immediate Past Chairman, Mr. Valentine Lindsay, leaves the Board after almost (6) consecutive years of dedicated service and exemplary leadership and service to the NHC. Mr. Lindsay was a strong advocate for raising standards at the NHC by transforming the way the NHC does business, strengthening the staff synergy by championing education, personal and professional development, addressing issues of accountability and the advancement in technology at the Corporation, among many other initiatives. Mr. Lindsay advocated for expanding NHC’s engagement with contractors and suppliers island-wide putting scores of contractors, painters, carpentry and mason to work.

At a general staff meeting held on Monday 30th November, Mr. Lindsay used the opportunity to thank the staff for their support and commitment to the process during his years as Chairman. He described his service on the NHC Board as “the most rewarding experience of his career” noting that he has learnt and developed so much in the last six years. Mr. Valentine Lindsay noted that under his leadership as Chairman, the NHC has successfully delivered over 500 houses in less than six (6) years, ensured the audit of the Corporation’s financial statement for the first time in 22 years that is scheduled to be completed and tabled in Parliament in January 2021. He applauded and commended his fellow Directors who served with him over the years for supporting his efforts to raised standards, change the way NHC do business and making the NHC a household name. The outgoing Chairman final words was that he deemed it “a pleasure to have worked closely with some of the best professionals in the construction industry in the Federation.”

It will be remiss of us not to mention the Board Secretary who is also retiring in this rotation after contributing four (4) years of distinguished service towards the advancement of the Corporation. Among her many contributions, were the development the NHC’s a new strategic plan, Corporate restructuring to improve operational efficiency and leadership training to the members of senior management. The Former Board Secretary brought to the NHC a lifetime of knowledge in business operations and accounting experience that were an asset to the Corporation in improving its operational and accounting processes and reporting. While addressing the staff she also used the opportunity to thank the staff for their support especially during her short stint at the Corporation in the last few months. She admonished that while the Corporation is currently on a slowdown, the time should be used to sharpen their skills and tighten their proverbial “boot straps” as there may be difficult times ahead. She encourage them to “hold the faith” as they await the next mandate from the Government. She emphasized that the issue of delinquency must be addressed head on and more aggressively in order for the Corporation to remain a “going concern” and that it would require an “all hands on deck” approach if the gates of the NHC are to remain open. She cautioned that there is no place for politics and a sense of entitlement in carrying out their duties but rather focus on doing the best job they can for the poor and the indigent regardless of political differences.

The Acting General Manager, Mr. Lisford Isaac, Senior Managers and Members of staff present at the meeting expressed their heartfelt thanks to the outgoing members of the Board and used the opportunity to wish them well in the next journey of their professional careers. Ms. Natasha Daniel, Ms. Annette France are the other two (2) Directors who have been retired during this rotation. Long serving members, Mrs. Malvie James, Mr. Wayland Vaughn, Mr. Calvin Leader and Mr. Marvin Edwards have all been retained to ensure continuity in the Directorate at the NHC.

In the coming days, Minister responsible for the NHC, Hon Eugene Hamilton will announce the appointment of the new Chairman and the other new members of the Board, for the next 3-4 years. The Management and Staff of the National Housing Corporation (NHC), wishes to recognize and appreciate the invaluable service that there retired members of the NHC Board have made in their roles as of Directors. Their dedication, hard work and efforts have not gone unnoticed will always be remembered.