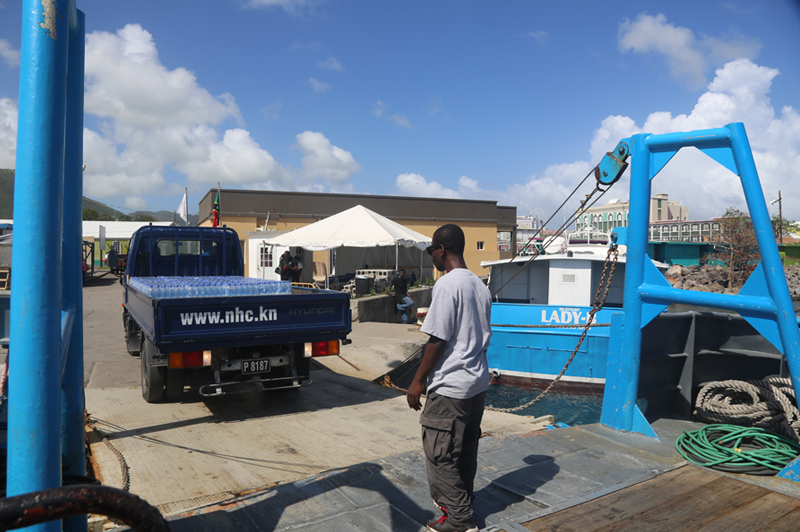 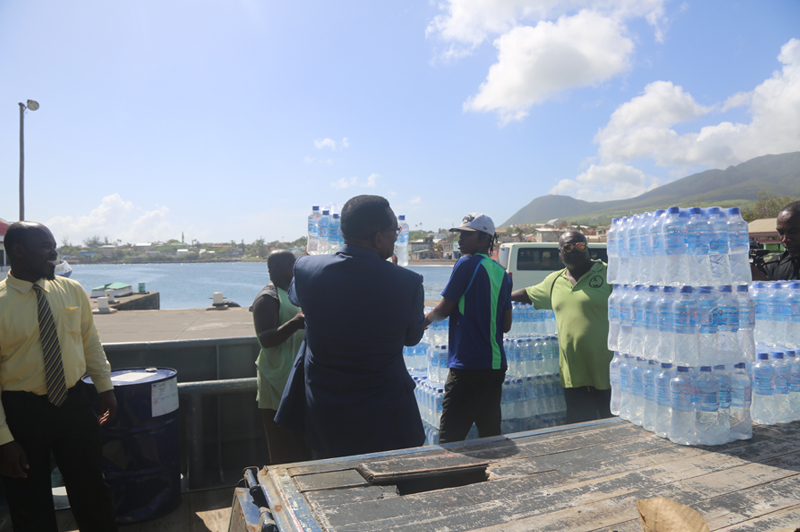 Days before hurricane Irma, one Hundred (100) cases of water were bought by NHC, under the advice of Mr. Hamilton, foreseeing a need following the storm.

According to Mr. Hamilton, “I urged two of the organizations under my command to secure 100 cases of water each. Mrs. Simpson-Browne, General Manager at NHC, secured 100 cases of water as we were heading towards hurricane Irma. We know that Dominica and Anguilla were badly damaged from these hurricanes. The Federal Government and the Nevis Island Administration are teaming up to send 100 hundred cases to Dominica today and another 100 to Anguilla in a subsequent shipment.”

Mr. Hamilton appreciated the support shown from the NHC Board of Directors and management and staff at NHC, as well as, the Premier of Nevis, the Hon. Vance Amory.

“I want to, at this point, thank the Premier of Nevis, the Hon. Vance Amory. I also want to thank all those who put their efforts in; the team at NHC and the team at Solid Waste. We believe that one of the demands after a hurricane is water,” said Mr. Hamilton.

Mr. Hamilton hopes that the cases of water will go a long way to relieve some of the suffering that is felt in Dominica and in Anguilla. As Minister of Health, he is passionate about providing disaster-support assistance to the Federation, as well as, our neighbouring islands.