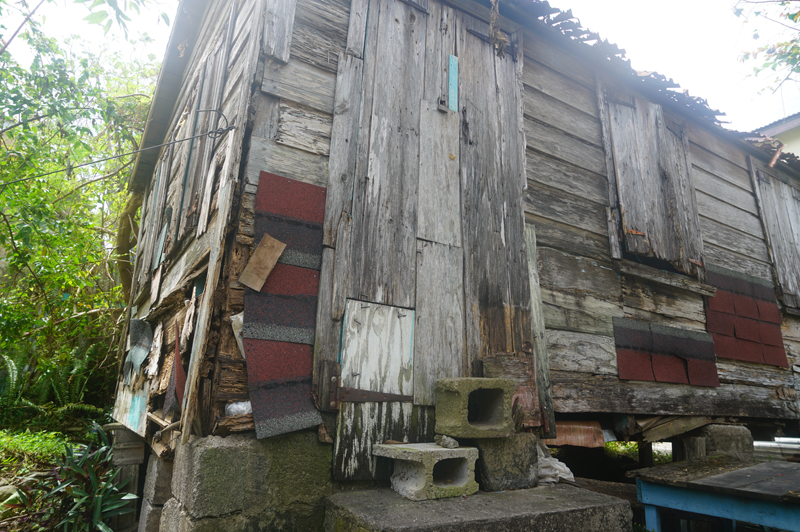 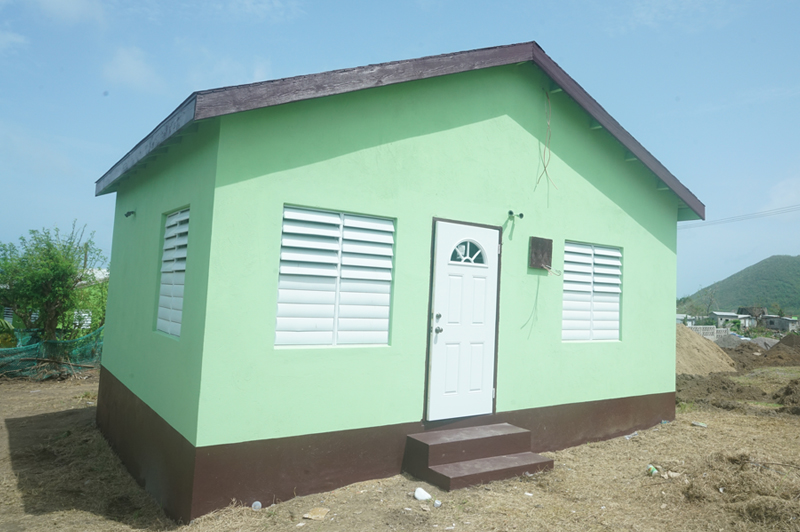 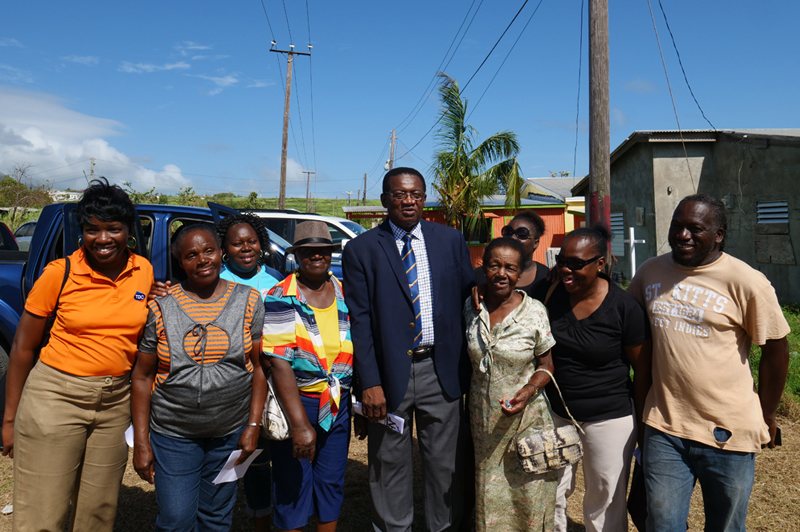 Thursday 28th September, 2017 (Basseterre, St. Kitts) – The Hon. Eugene Hamilton, Minister of Human Settlements, Community Development, Land and Cooperatives et al., along with the Board and Management of the National Housing Corporation (NHC), responded favourably to Ms. Glendora ‘Baby’ Daniel of Lower Cayon, after she has been living in unlivable conditions for quite some time.

The keys to a one-bedroom NHC NEMA starter home was handed over to Ms. Baby Daniel on Thursday 28th September at her new residence in Hermitage, Cayon. Ms, Daniel is 80 years old and will continue to occupy this house for the duration of her time here on earth. According to Mrs. Elreter Simpson-Browne, General Manager at NHC, a similar exercise was done for 4 residents of constituency #4 just a couple of weeks ago.

The Government and NHC are committed to providing for the indigent and infirm and so this is the reason why assistance is given to those persons who are living in deplorable conditions.

Mrs. Browne said, “NHC continues to deliver on its mandate, which is to, add to, and improve the existing stock of houses, as well as, to provide comfortable living for our poor and indigent. A couple of weeks ago we were at the Stone Fort Estate Yard where 4 gentlemen were living in an NHC abandoned building. Upon request from Mr. Hamilton and Parliamentary Representative, the Hon. Lindsay Grant, the building was transformed into a livable property.”

The Hon. Eugene Hamilton said that similar assistance has been provided to persons in other areas of the island such as, Tabernacle and St. Peter’s, among others.

He continued, “This property that she will be occupying is owned by NHC along with some others around the island. It is not to be passed on from one family to the next. They are to house persons who find themselves in conditions like Glendora’s”. The former occupant also served in the Sugar Industry and had a hearing condition but was forced into early retirement due to such ailment.”

Mr. Hamilton thanked Ms. Daniel’s families and the community at large for their support shown in receiving this house. He also stated that these activities show the world that the Team Unity Government is keeping its promises.

This hugely successful presentation was witnessed by residents in the community, as well as, Ms. Daniel’s families and friends.